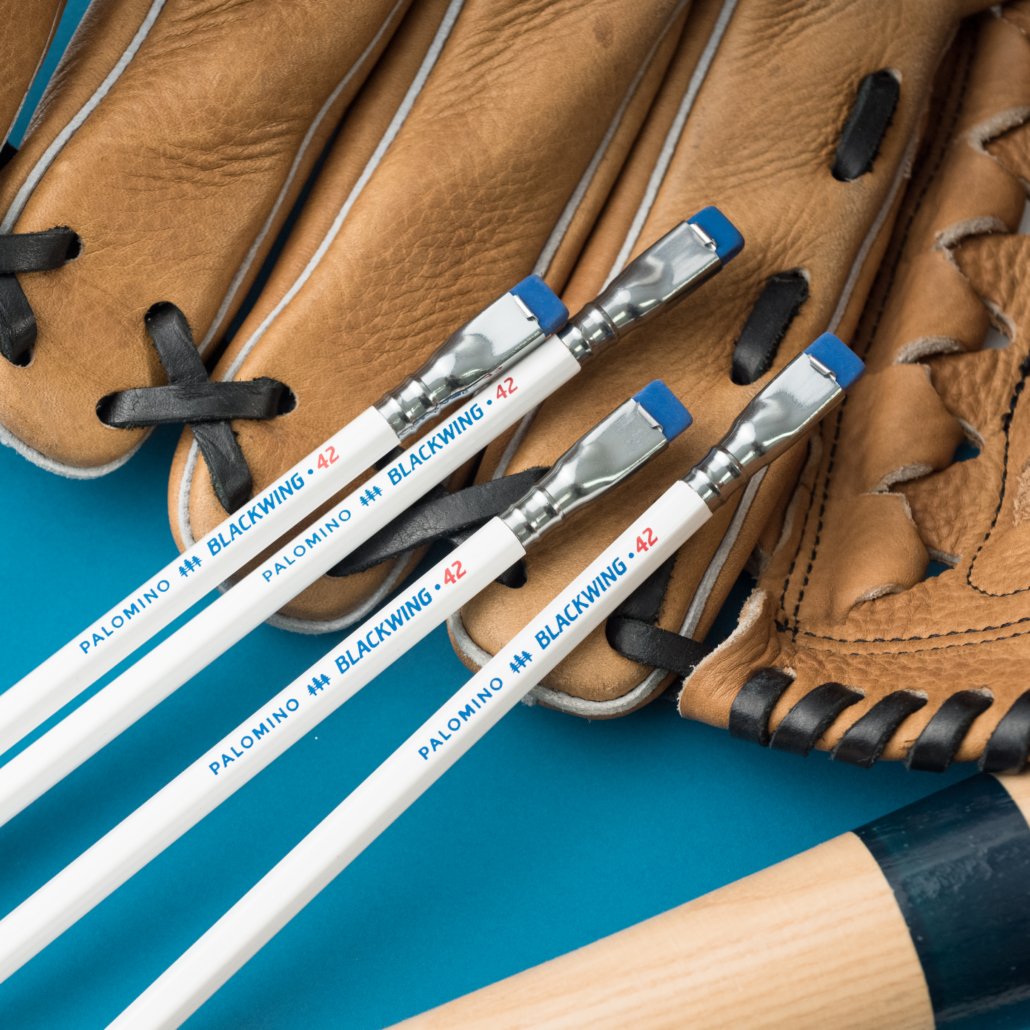 Leave a comment in the 'Notes' box if you any special instructions.


If you have trouble purchasing a Digital Download, click the 'billing information same as shipping' box. If you still have problems, email lornabethgoldsmith@gmail.com.

This wonderful pencil has a medium "balanced" graphite core and is coated with a white lacquer. The gray aluminum ferrule holds a blue eraser and sports Jacky Robinson's number, 42, in red. This pencil is finely crafted in Japan. I will use it with a light hand on fabric and to write on paper.

Every limited edition Volumes set comes with a story. This is the story behind Volume 42 and there are parts of this story that I didn't know.

Lieutenant Robinson stood his ground at trial, and he was acquitted of all charges. After being honorably discharged, he signed a contract with the Kansas City Monarchs baseball club to pursue his passion for athletics. A few short years later, Jack “Jackie” Robinson was called up to the Major Leagues by the Brooklyn Dodgers, breaking the color barrier and providing much needed momentum to the desegregation movement that extended well beyond baseball.

The Blackwing Volume 42 is a tribute to Jackie Robinson and those who pursue their passions, creative or otherwise, regardless of the obstacles in their way.